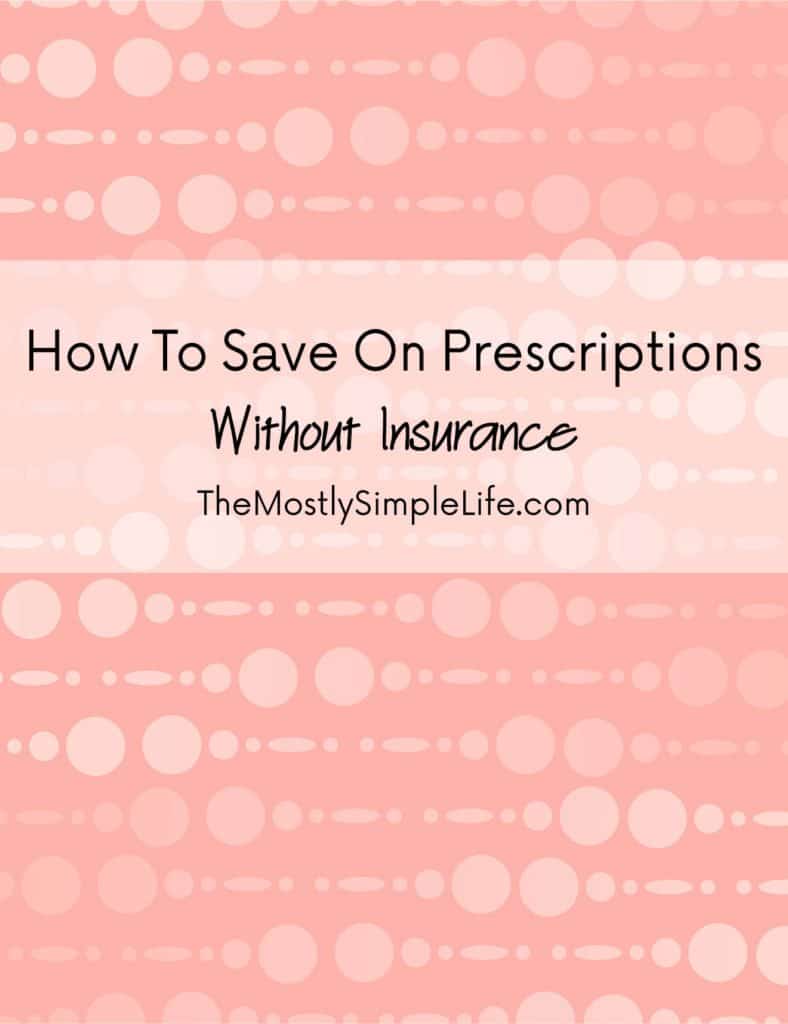 For most of the last few years, we’ve had to find creative ways to save on prescriptions. My fella takes a few prescriptions every day and they are not cheap!

For most of this time we either haven’t had insurance that covers prescriptions or we’ve had such a high deductible that it doesn’t really make a difference.

Here are a few things we’ve done to save on prescriptions:

Call Around For Prices

I had always heard this advice, but didn’t think it could really make that much of a difference. Wrong.

When I was facing a massive bill to pay for prescriptions without insurance, I was pretty motivated to find a cheaper way.

Guess which option we went with. And that cheaper price came from a local “mom & pop” pharmacy, not from a big chain pharmacy. I was pretty amazed.

Walmart has a list of common drugs that you can get for $4/month. Even if you have insurance, this price might be a lot cheaper than what you would pay at any other pharmacy.

We asked our doctor to help us out so that we could use the $4 list. My fella needed 40mg of a certain prescription. Well, the 20mg version was on the $4 list, but for 40mg you had to pay significantly more because it wasn’t on the list. Our doctor prescribed a double dose of the 20mg pills so that we could get the cheaper price. It ended up being $8 a month and he had to take two pills a day instead of one, but we saved a lot of money.

Most warehouse stores, like Sam’s Club and Costco, offer their members a great price on prescription drugs.

We are currently filling my fella’s prescriptions at Sam’s Club. If you pay extra for a Plus membership, they have a list of over 400 common prescriptions that are $4-10 a month.

Even with factoring in the price of the Plus membership, we are paying less for his prescriptions at Sam’s Club than we would anywhere else.

Because of the crazy-high deductible on our insurance, we just pay the Sam’s Club price out-of-pocket instead of going through our insurance for the medicine.

⇒ What ways have you saved on prescriptions?

You can also Subscribe Via Email in the right-hand column to make sure you don’t miss any posts.

This post is linked up to Frugal Friday and Financially Savvy Saturday. 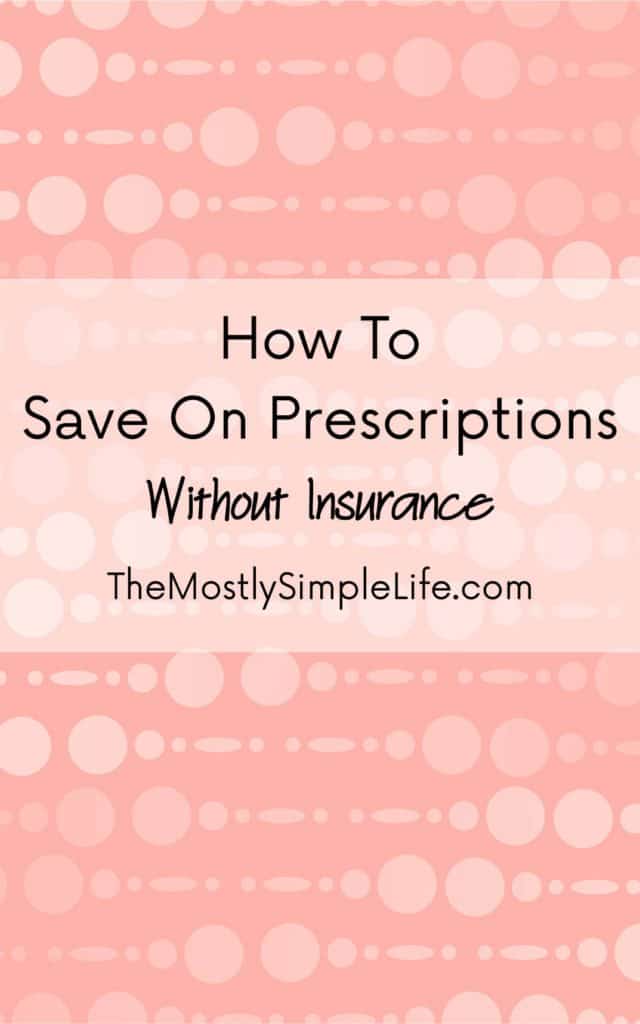